Who´is going to be the surprise this Friday at Tres a las Tres?, Yoy know the drill, a secret band, at three in the morning, three hits. Don’t miss it!

Cool Nenas are back with their monthly date at Ochoymedio and it’s going to be one of the craziest nights in November. Ochoymedio Djs and DJake will be joining them.

GET YOUR ADVANCE TICKET FOR OCHOYMEDIO CLUB

AND YOU WILL BE ABLE TO AVOID QUEUES, WITH PREFERENTIAL ENTRANCE AND BETTER PRICES.

El Ochoymedio is a pop music nightclub and concert promoter.

The club takes place every Friday and Saturday from 00:00 to 06:00 in Madrid’s Sala La Paqui (formerly Sala But), located in the Malasaña district. Every weekend there are DJs with extensive experience; we receive groups and artists from the music scene and abroad who come to do DJ sets of their favorite songs; we enjoy short live performances and, of course, we always dance with the excellent Ochoymedio Djs.

We understand pop as a broad term. We give alternative pop, different types of urban music, electronic music, timeless hits, what we like from the mainstream, electronic music, reggaeton, cumbia. It’s hard to miss a style in the club, but if there is one, it will eventually play out.

The concerts that we organize in the afternoon take place, mostly, in this same location, La Paqui, but also in other venues in the capital such as: Cool, La Riviera, Wizink Center, etc. Of course, eclecticism is also our trademark in concert programming. 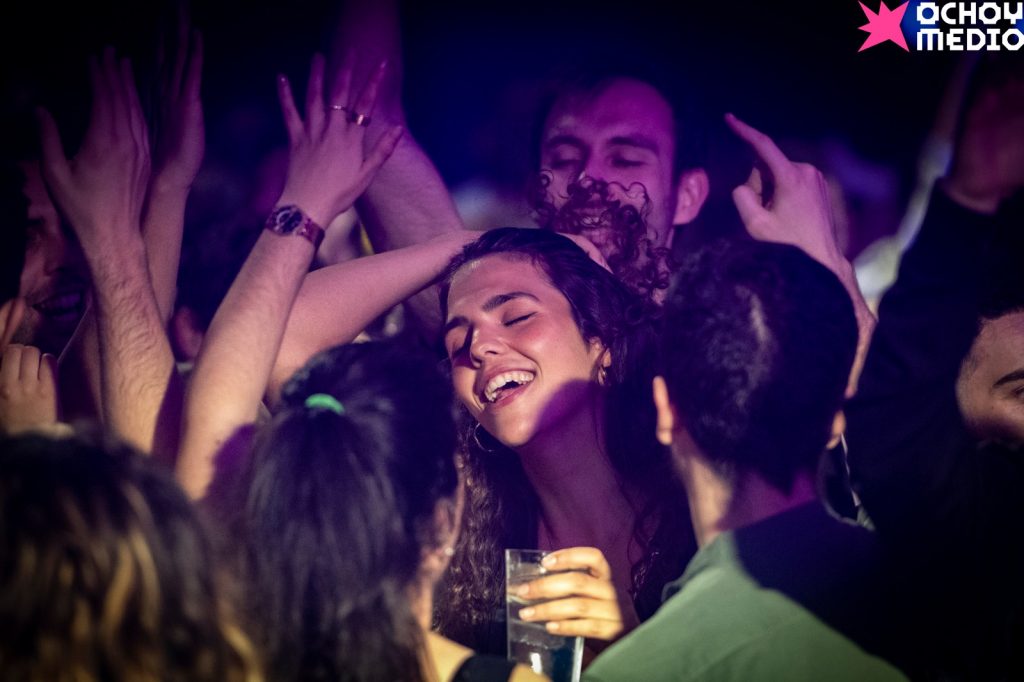 A LITTLE BIT OF HISTORY 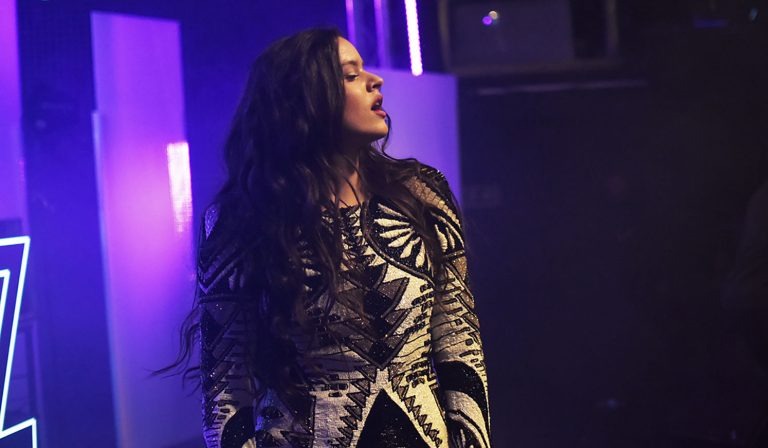 The Ochoymedio opened in Madrid's Sala Flamingo in June 2000.

The Ochoymedio as a club opened in Madrid’s Sala Flamingo in June 2000. Those were the times of the techno-pop revival in the Spanish underground scene and this marked the beginnings of the club, which little by little, according to the evolution of the scene, was becoming wider in styles.

Thanks to its three hosts: Luis García Morais, Belén Chanes Gálvez and David Pardo Montero, known on the decks respectively as LUILIMINILI, MANAZAS and SMART, music with songs once again took over the capital’s nightclubs. With them in the booth and at the controls of the club, several generations of music lovers have sweated on the dance floor.

In April 2011 a textile giant took over the premises where the Ochoymedio was located and the Flamingo room ceased to exist. In June 2011, the second stage began in the impressive BUT hall, with double the capacity and a better layout for the concerts. In 2022, the third stage began when it reopened after the pandemic hiatus, located in the same room now called La Paqui and managed by the company LetsGo.

This website uses its own and third-party cookies to improve your browsing experience, perform analysis tasks and offer a better service. By pressing the accept button you give us your consent to our cookie policy. AceptarNo acepto Leer más
Política de cookies

This website uses cookies to improve your experience while you navigate through the website. Out of these cookies, the cookies that are categorized as necessary are stored on your browser as they are essential for the working of basic functionalities of the website. We also use third-party cookies that help us analyze and understand how you use this website. These cookies will be stored in your browser only with your consent. You also have the option to opt-out of these cookies. But opting out of some of these cookies may have an effect on your browsing experience.
Necessary Always Enabled
Necessary cookies are absolutely essential for the website to function properly. This category only includes cookies that ensures basic functionalities and security features of the website. These cookies do not store any personal information.
Non-necessary
Any cookies that may not be particularly necessary for the website to function and is used specifically to collect user personal data via analytics, ads, other embedded contents are termed as non-necessary cookies. It is mandatory to procure user consent prior to running these cookies on your website.
SAVE & ACCEPT